Well, sorta. I cheated by telling my GPS to route me only on paved routes, which obviated huffing and puffing up the muddy hill.

It was not another beautiful day. It started off with ominous clouds, that were true omens, because the hail they pelted me with stung. But at least not for long. By the time I got to my destination (delivering a borrowed item back to its owner), I was dry again and the sun warmed me back up.

I actually rode a little further than the route suggests; I forgot to start recording my GPX track until I was already up the hill near Ziegetsdorf.

More people were out on the path taking advantage of the rain having stopped than I expected. And I passed a Biergarten (zur Walba, in Unterirading) with Blasmusik. I was tempted to stop and eat and drink something, but I also wanted to get home. 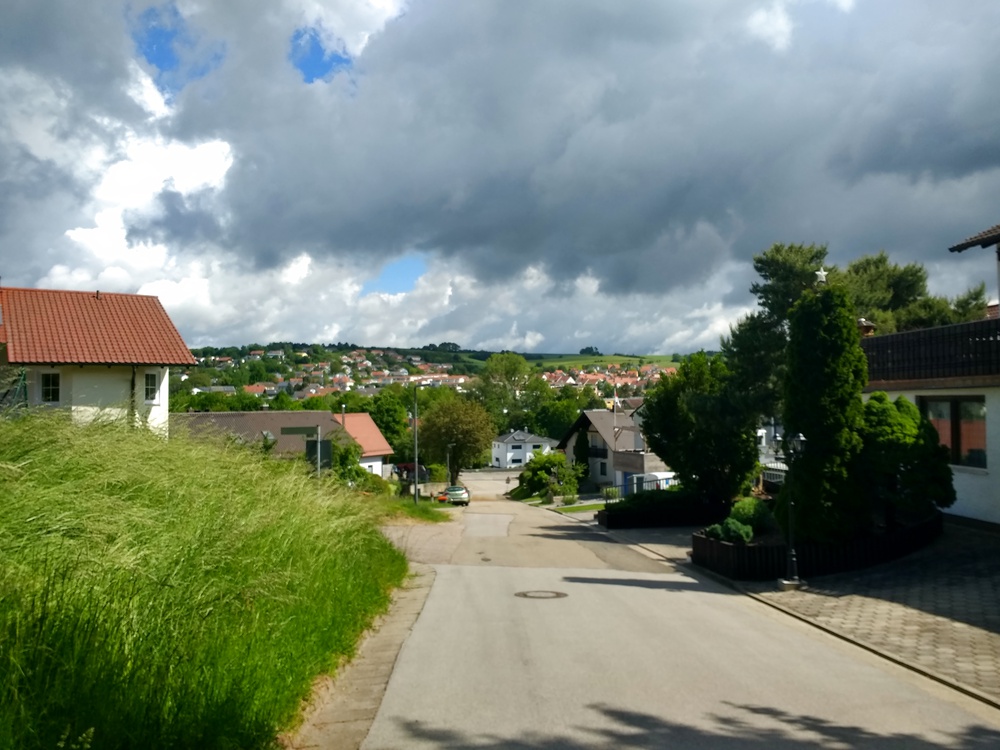 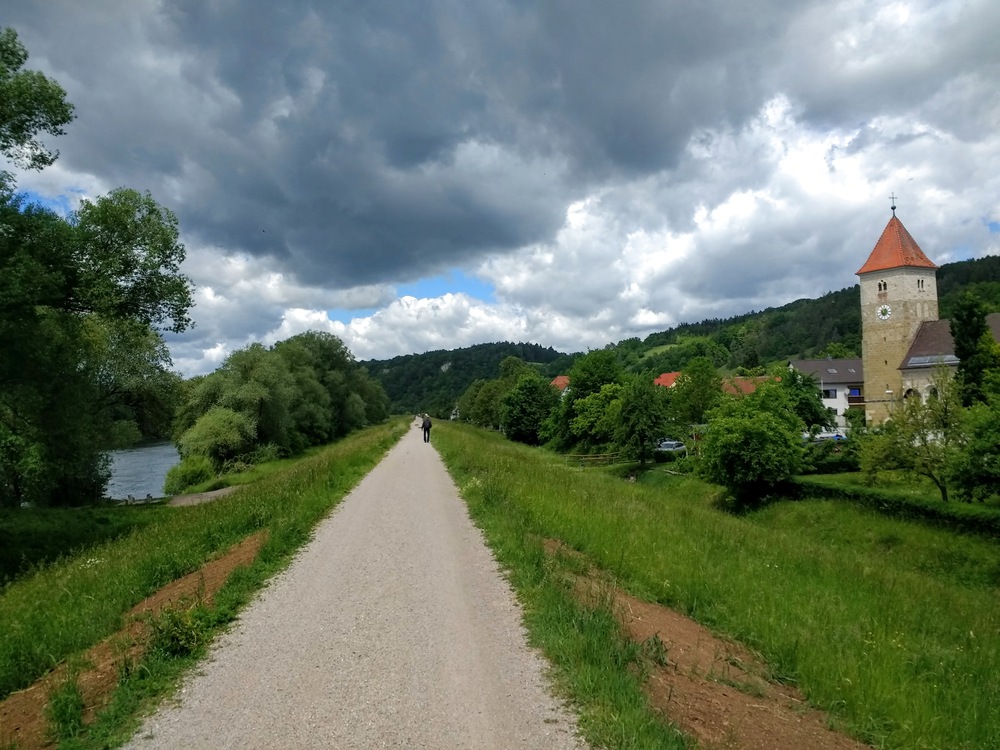 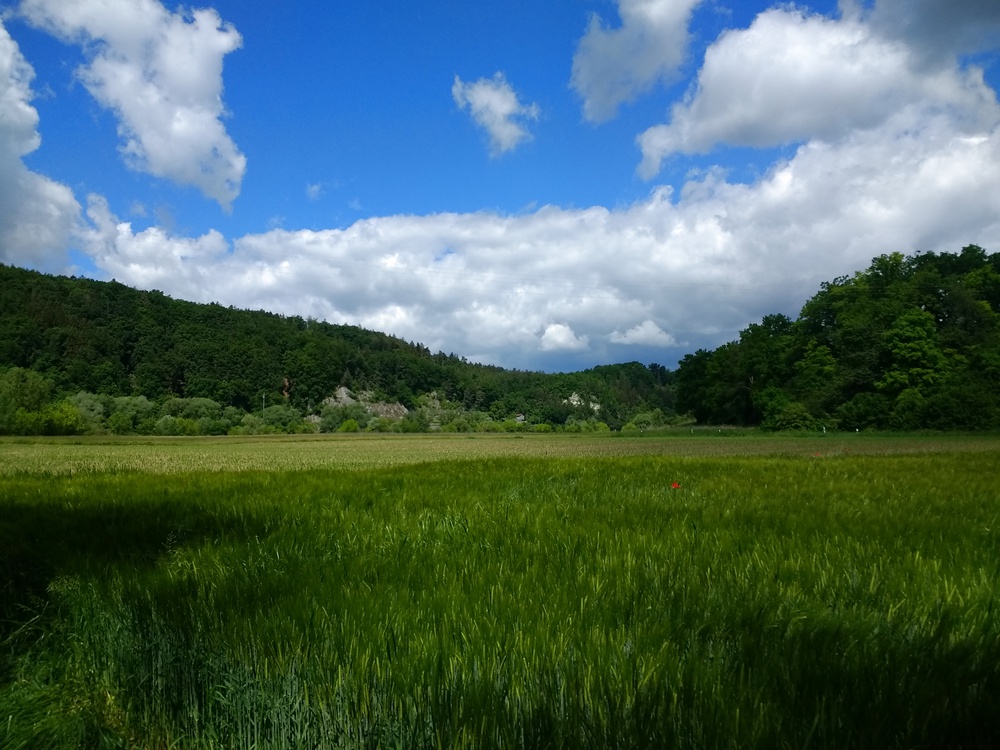 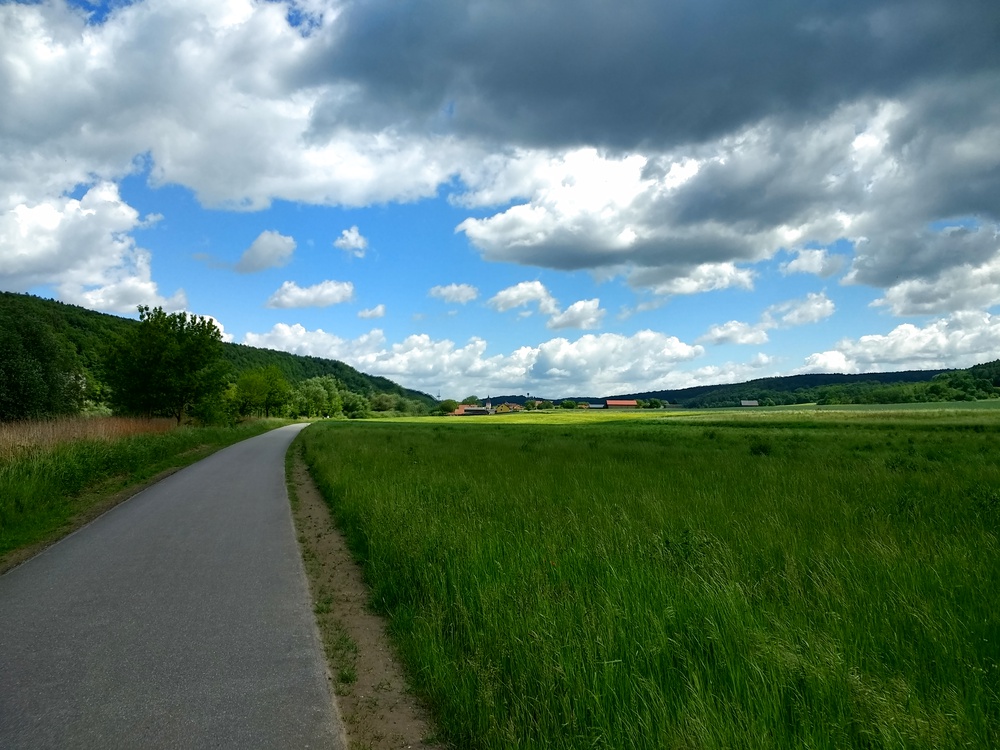 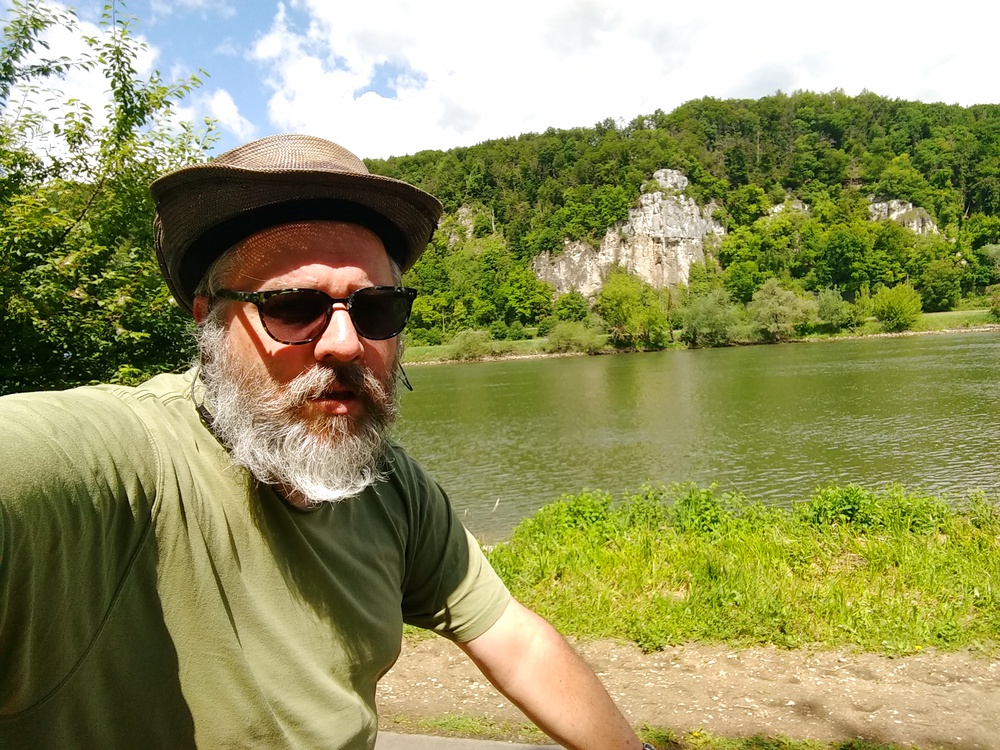 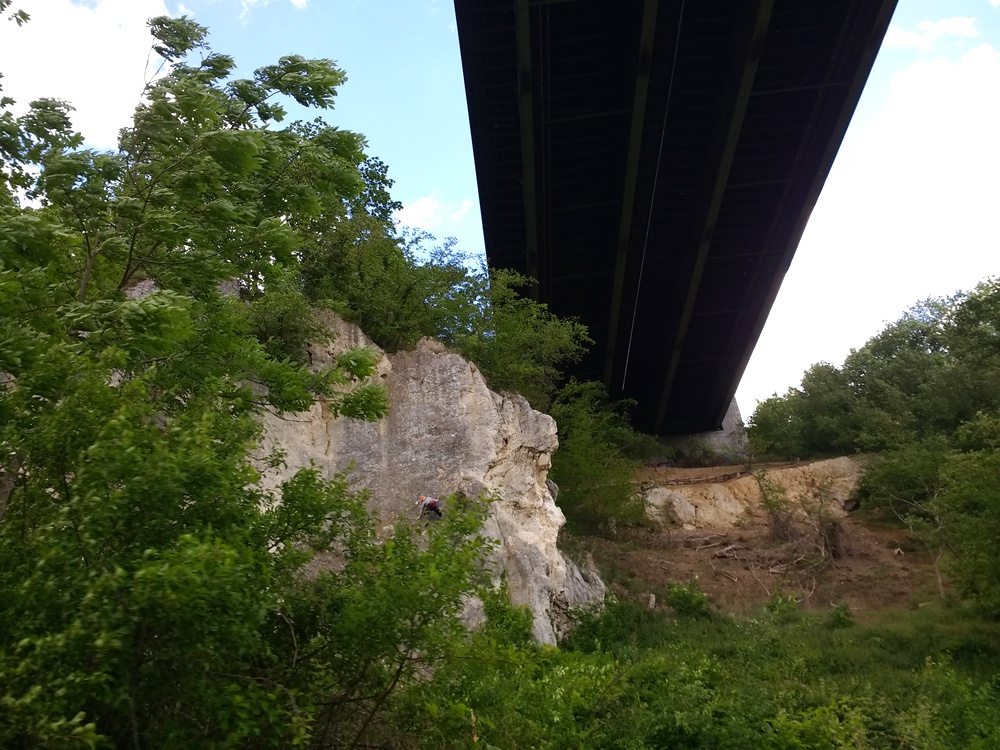 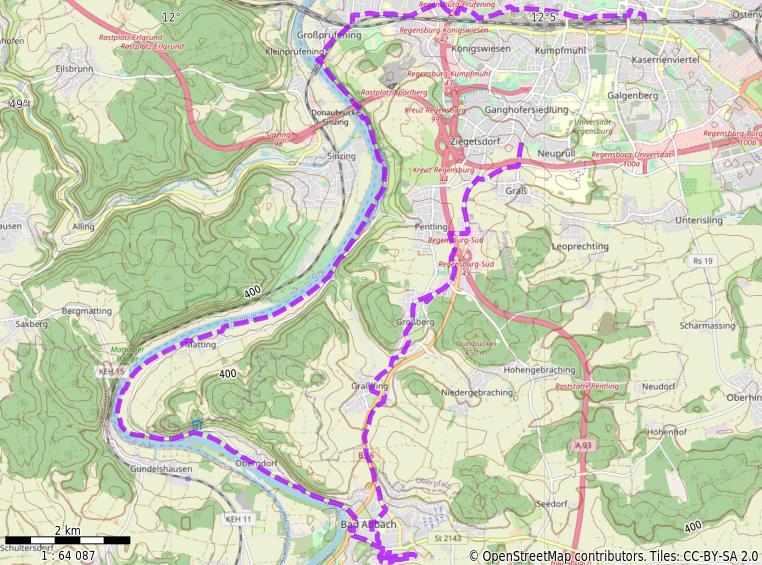