Well, secret to me, anyways. I didn’t know it was there. I woke up just before 6, got my coffee on, and was out on the road at 7:45. I’ve started a couple bikerides this year intending to make it all the way to Kallmünz. Today was another of those that fell short. Not that the ride wasn’t fulfilling. I didn’t know there was a Flugplatz in Oberhub, so I detoured even more up a hill to check it out. It was apparently active, because a half an hour while taking a water break on top of another hill several kilometers away I saw a plane take off from it.

That Flugplatz distracted me from my original route and I continued on to Schnepfenberg instead of bearing northwest towards Oberhub and, ultimately Kallmünz. I turned south at Buchenlohe, cruised through Hohenwarth, and then tried a shortcut through a forest west of Steinsberg. Not a good idea. I backtracked and finally came back down onto paved roads for the rest of the trip. Note well: I hit 54 km/h on the hill headed south out of the Schwaighauser Forst on R15 towards Kaulhausen!

It was cool this morning and I was happy to get into the sun. 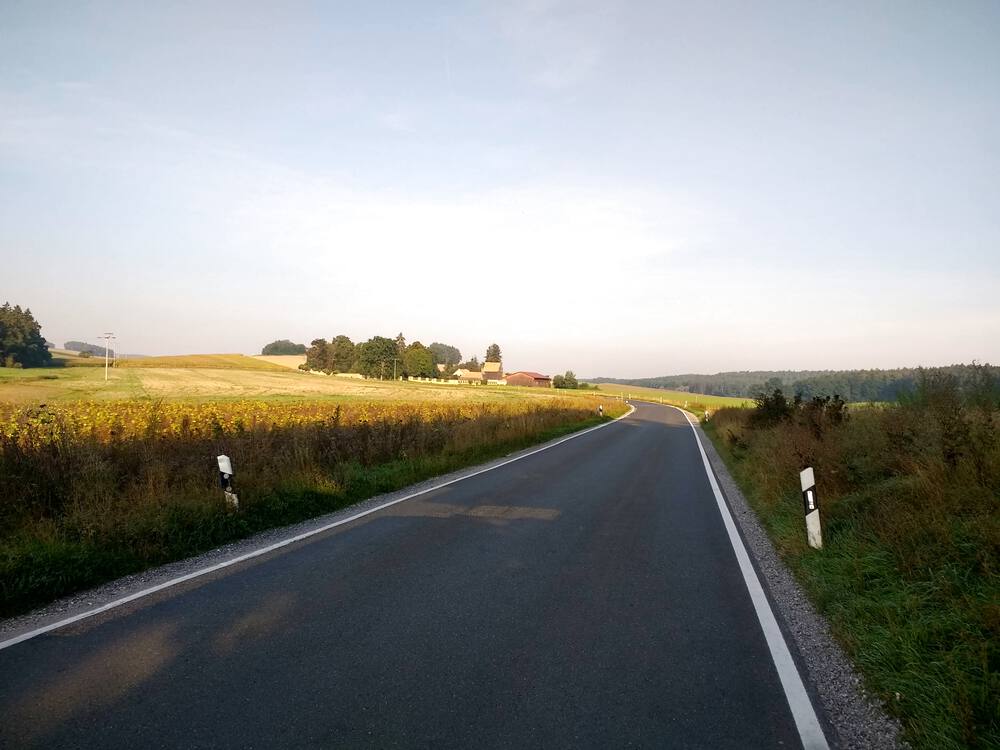 Most of the climb on the first half of the trip was fairly gentle. 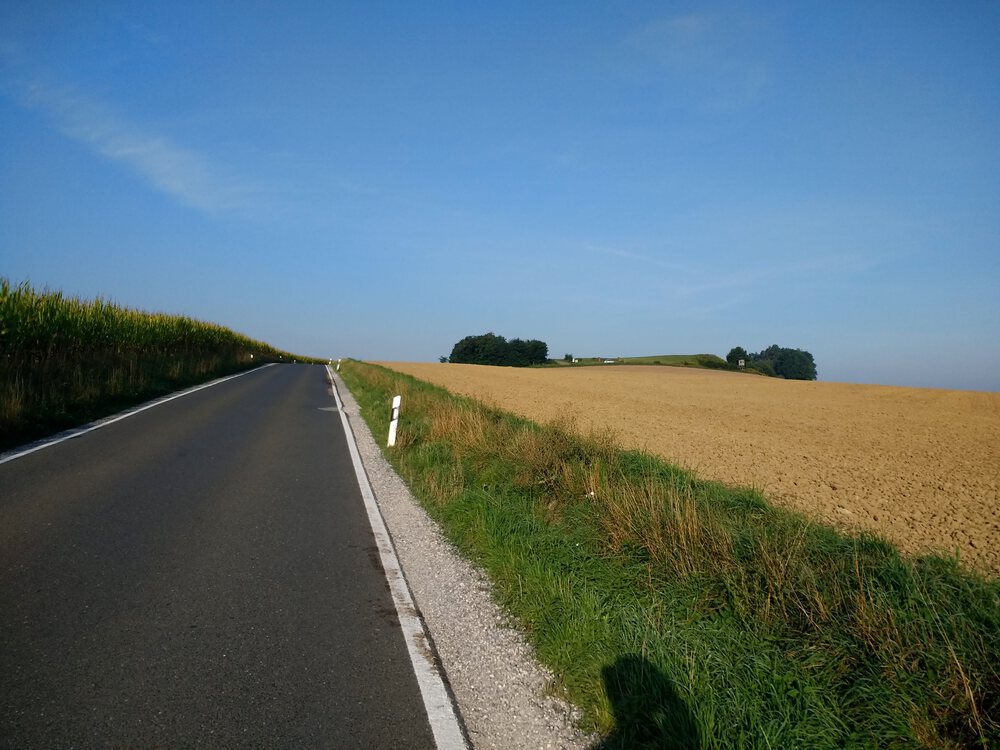 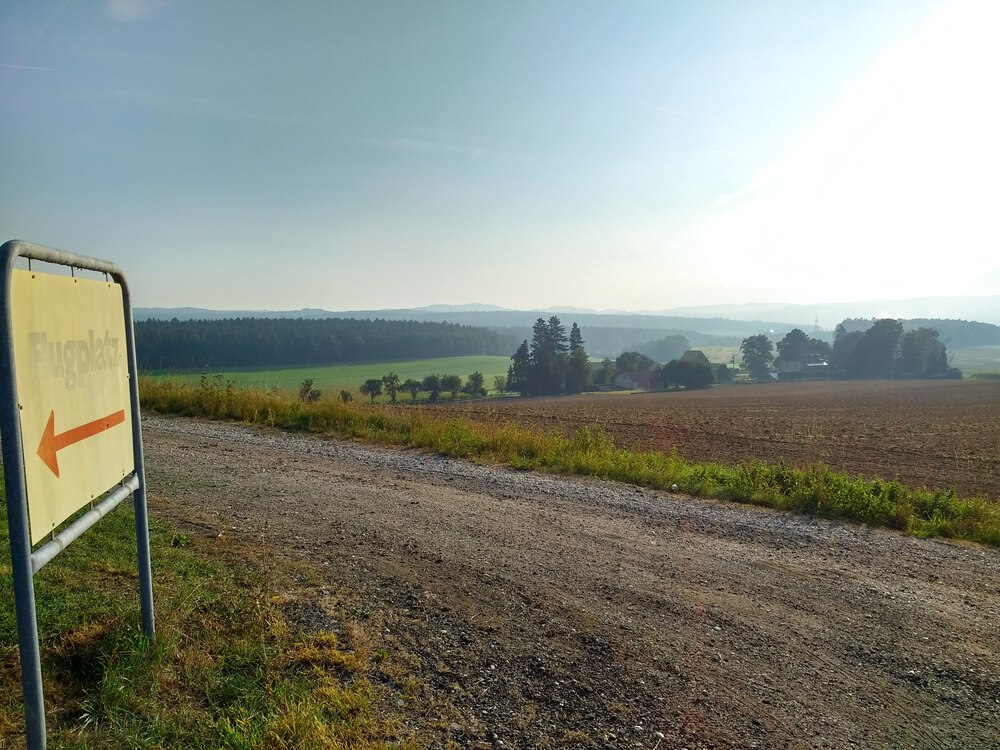 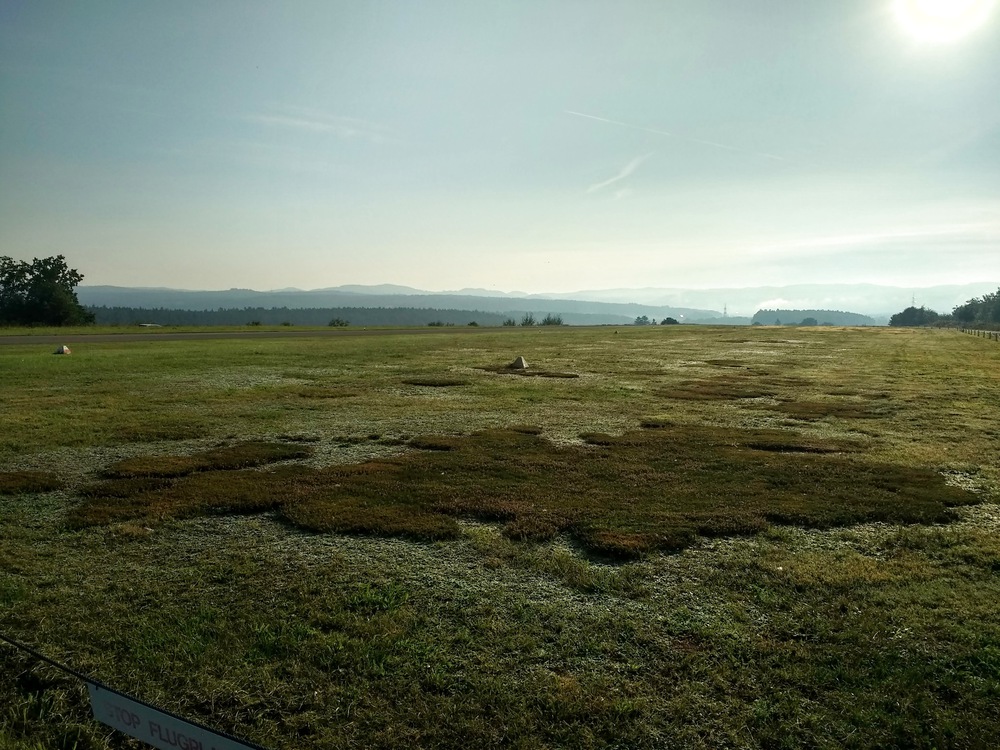 Then a whole lotta farmland after missing my turn towards Kallmünz. 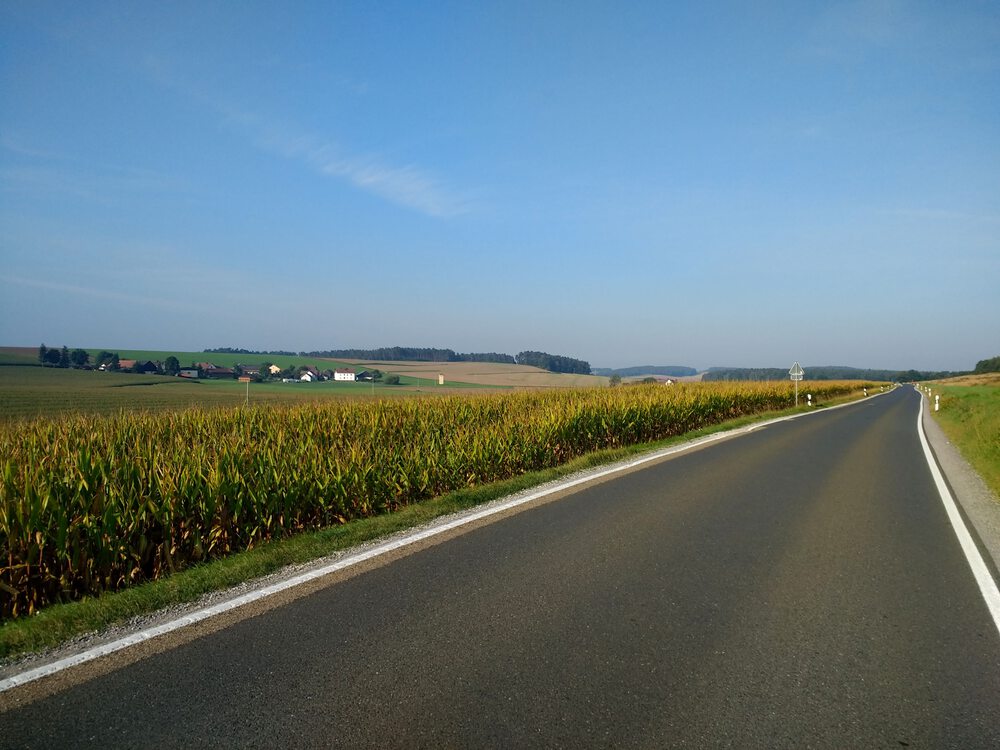 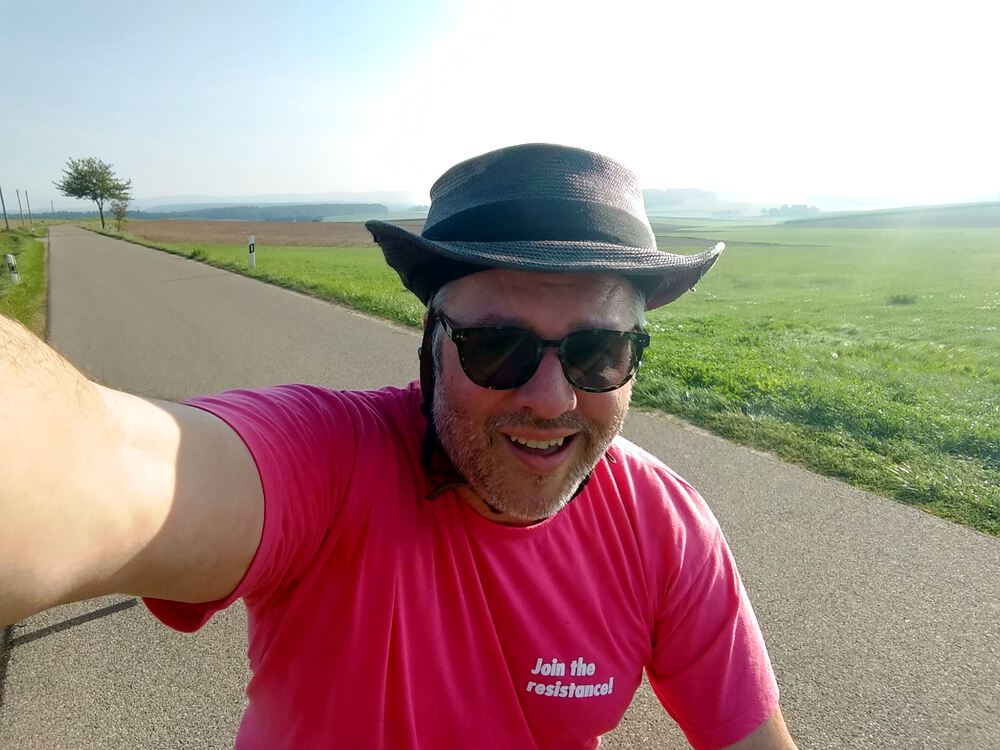 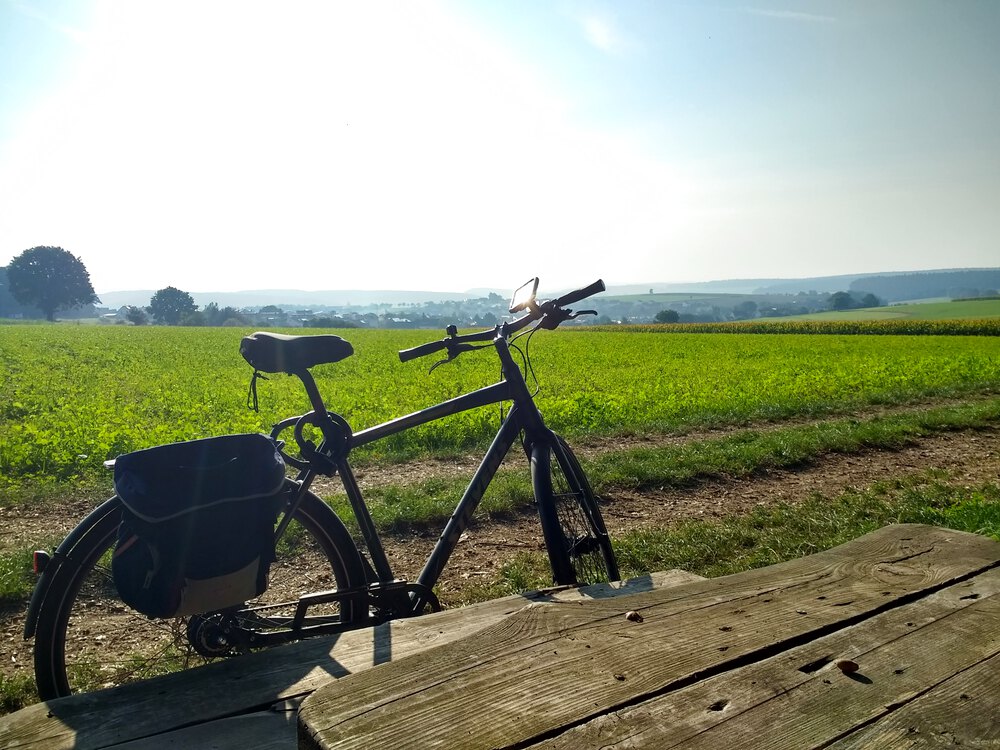 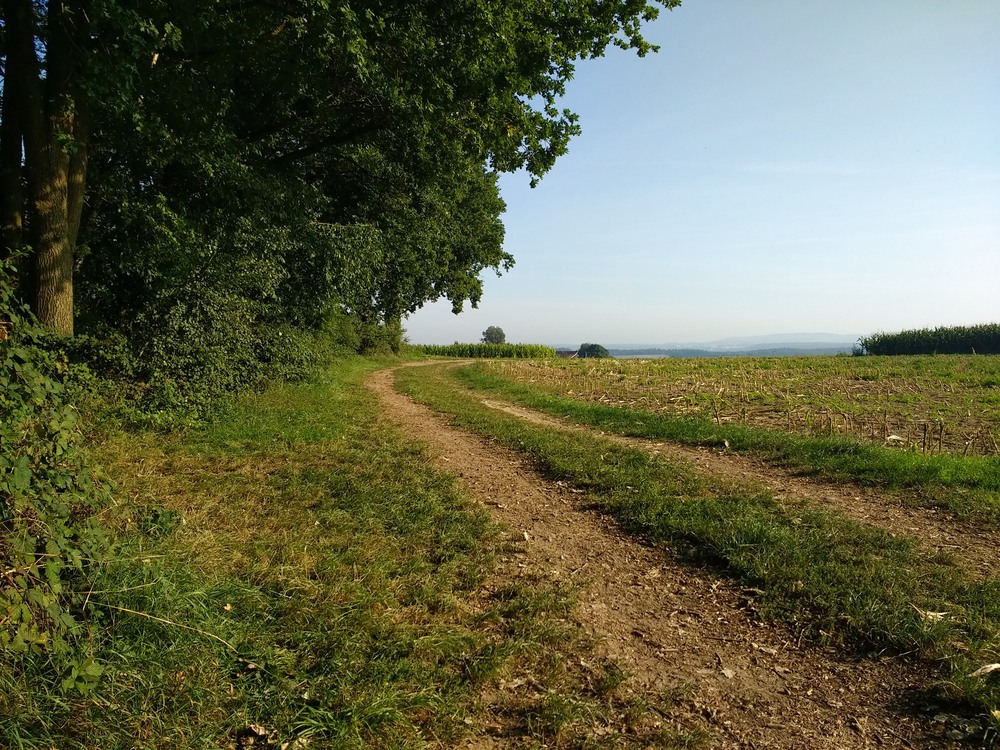 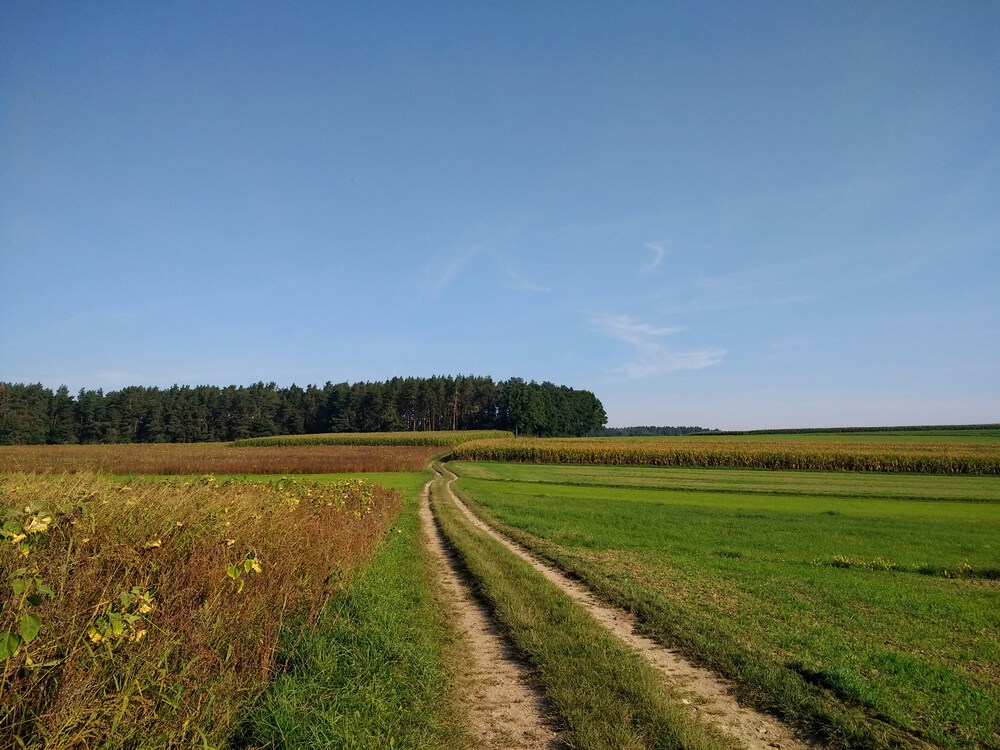 Tried to short-cut it through some woods. Bad idea. Had to backtrack. Did not escape fully unscathed. 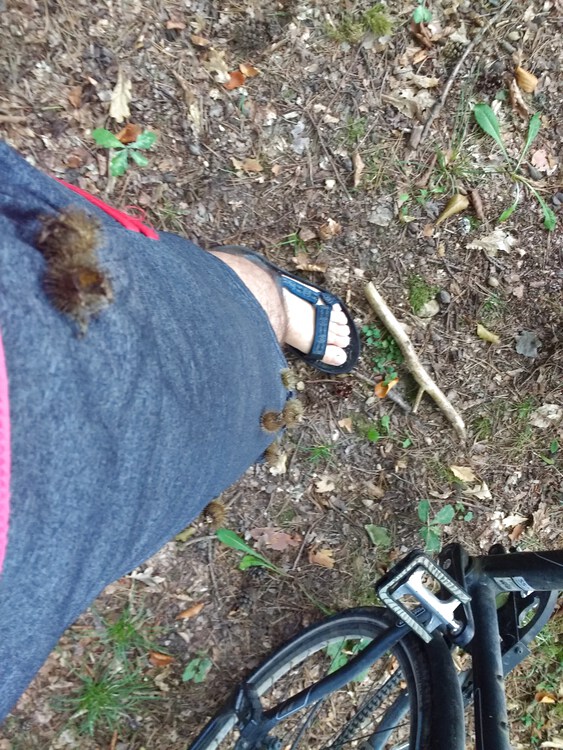 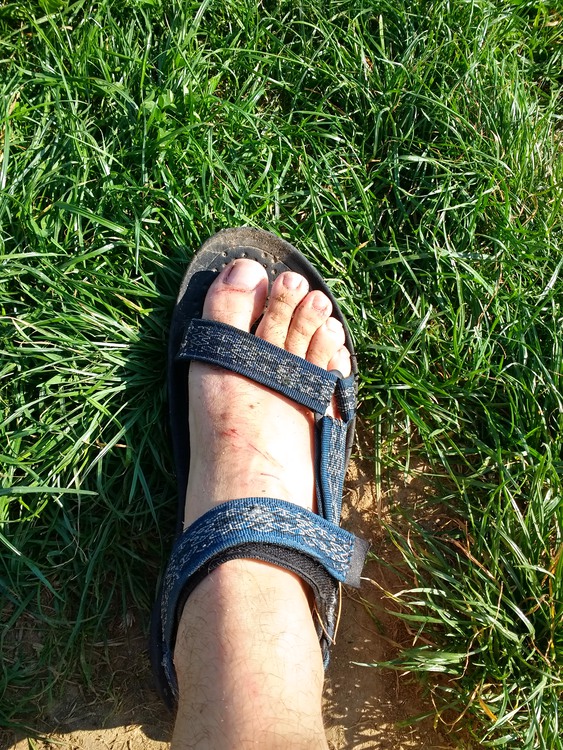 But that did not dampen my spirits. 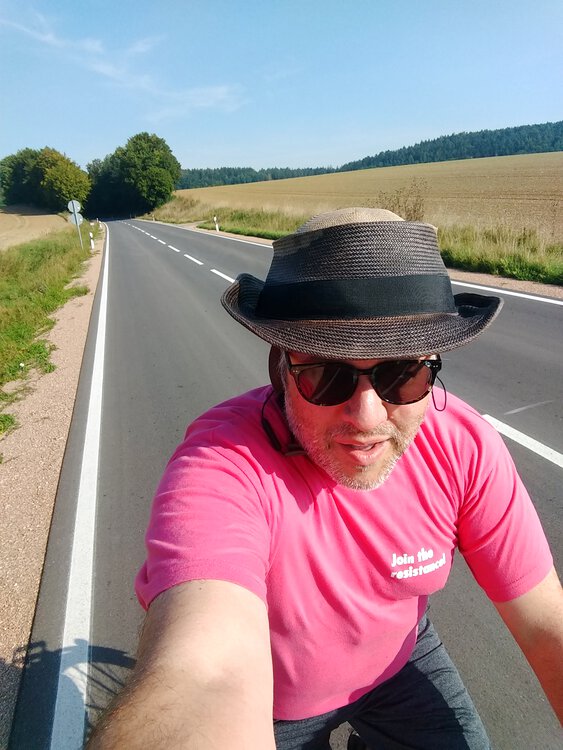 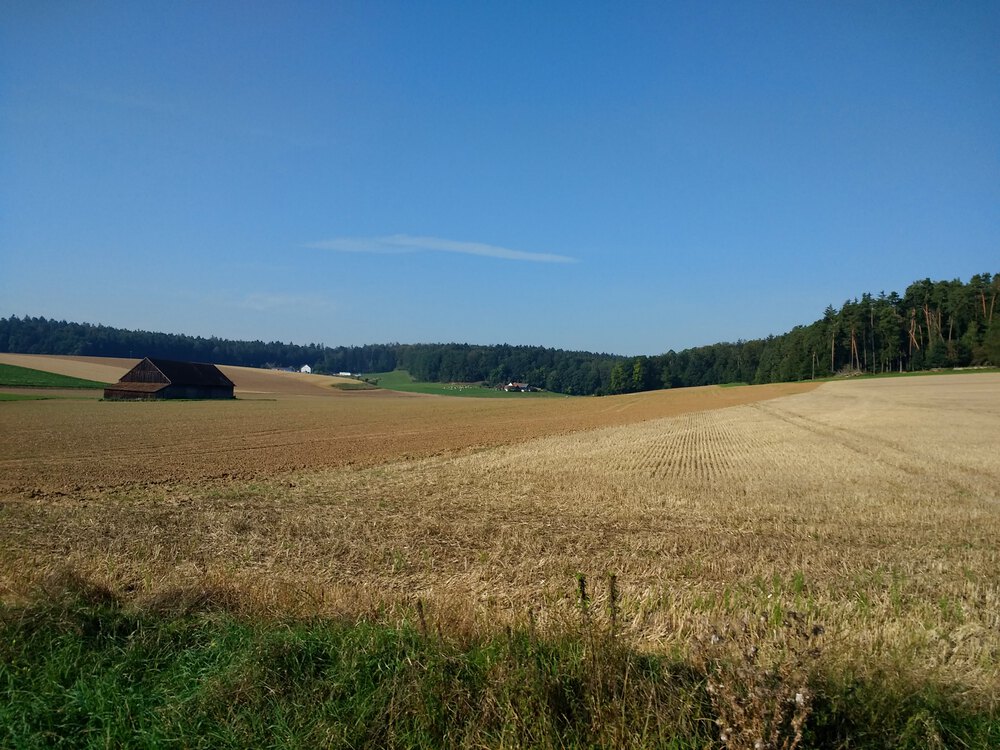 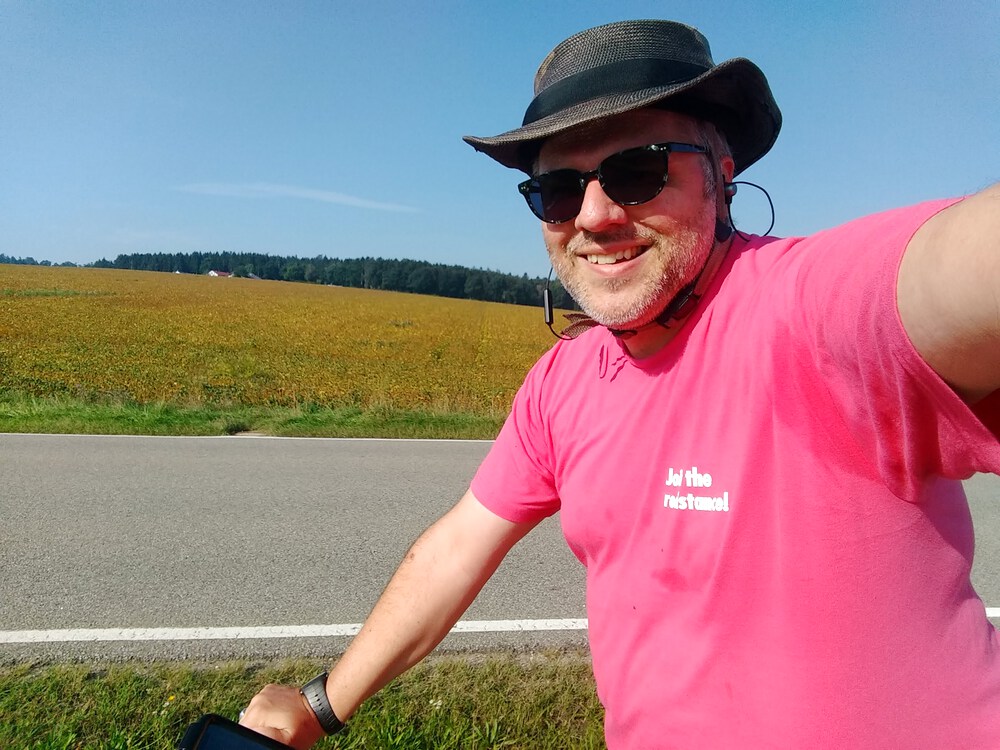 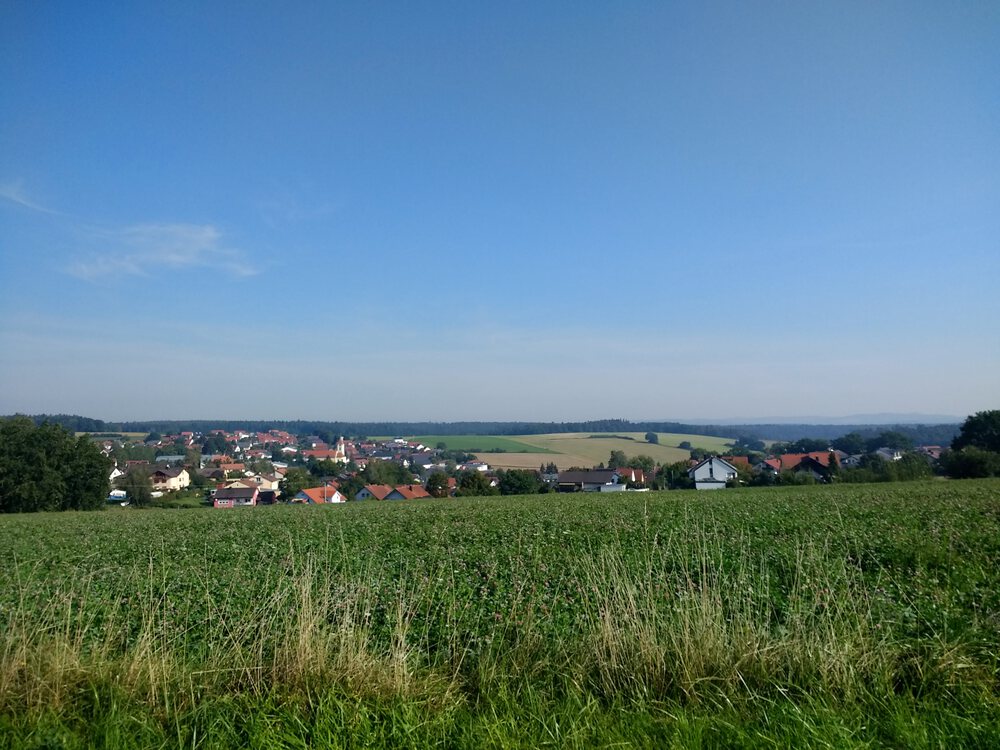 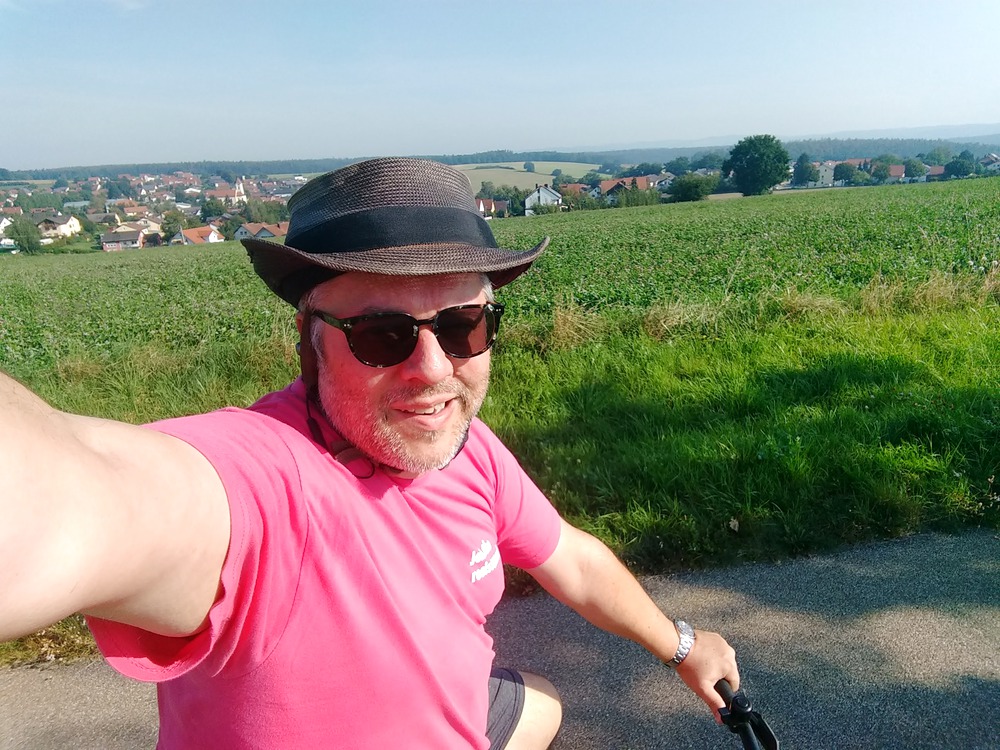 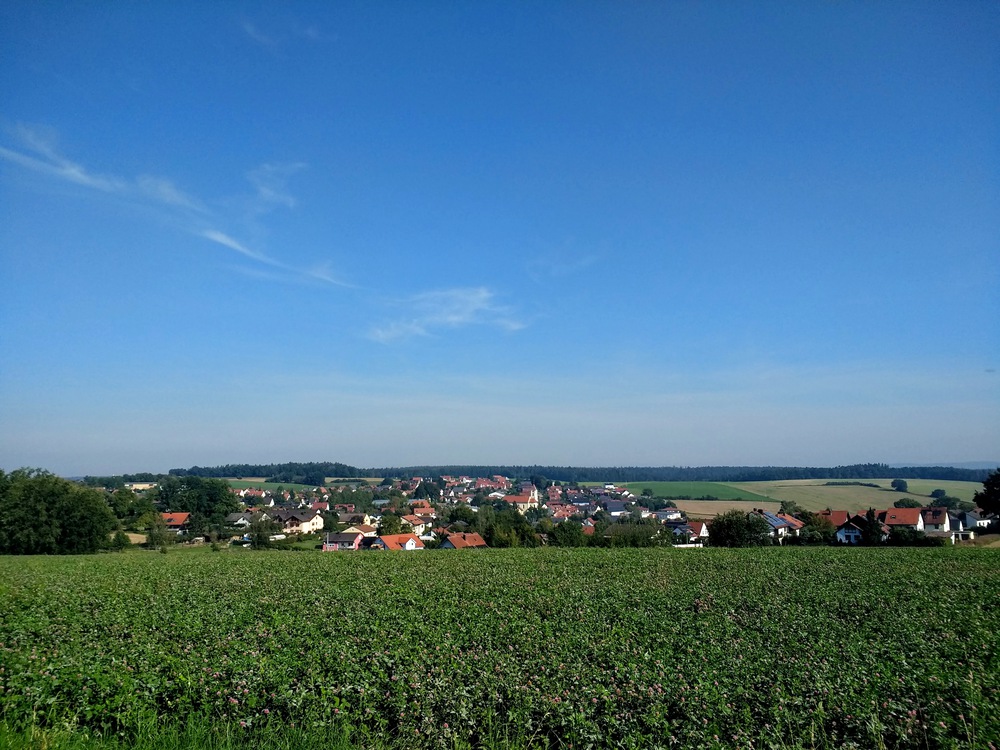 And when I got back into town, I saw that tour groups are running again, to my surprise. Lots of chin-masking there. They looked like river cruisers, but there were no ships in port that I saw, so I wonder if that was a bus group. 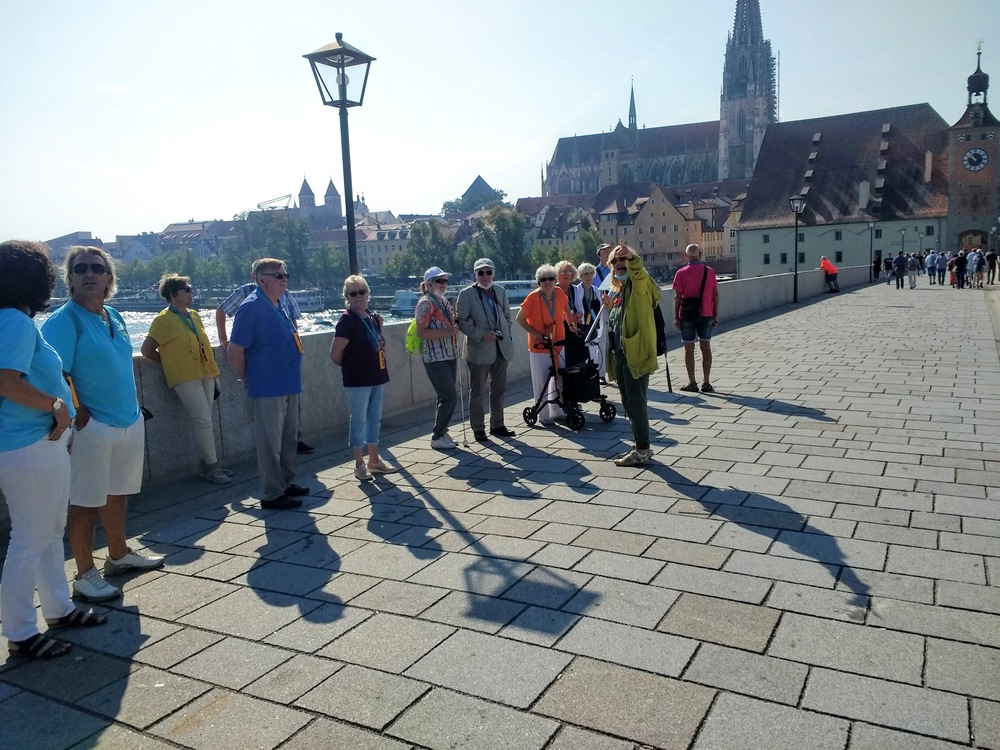 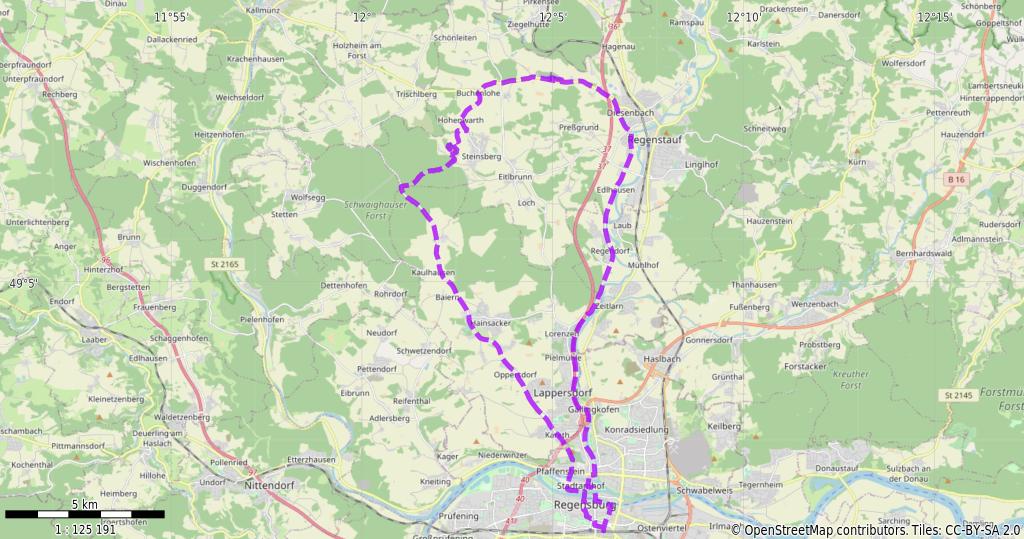